Kelly Byrd and Jason Hahn tried everything to help their dog, Murphy, with his scratching, itchy paws and digestive issues. They talked to the veterinarian, they tried medications, they tried expensive foods from the pet store, but nothing worked. As they were looking for other options, they came across Pet Wants. 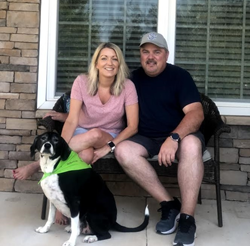 “We thought we’d give it a try and we saw a huge difference in Murphy – his paws and his coat are better, he has more energy, he’s feeling better. We feel like he’s a testament to the Pet Wants products and, when we found out Pet Wants is a franchise, we had an epiphany. We had been thinking about opening our own business for years but nothing felt right until Pet Wants,” Byrd said.

Now Byrd and Hahn are pleased to announce that they are bringing Pet Wants to their own community with their new business – Pet Wants Lake Wylie.

“Murphy is doing so well with the Pet Wants food and he absolutely loves it – the difference in him is night and day. We love animals and we are thrilled to be able to bring products like this to our own community through Pet Wants Lake Wylie,” Hahn said.

Byrd and Hahn both built their careers in corporate America and, between them, they have more than 40 years of experience in new business development and operations management. They have two teenage daughters – Haylee and Mikayla – as well as 7-year-old hound mix Murphy and a 3-year-old cat named Kitty. 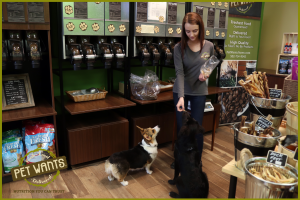 “Pet Wants is unique not only because of the quality of the food and the convenience of the delivery, but because of the freshness of our products. Our food is made in small batches and delivered right to us, so it’s not sitting on a shelf losing nutrients. It’s also different because, as the owner of Pet Wants Lake Wylie, we can tell you exactly what’s in our products and why. That’s unusual in the pet food industry,” Byrd said.