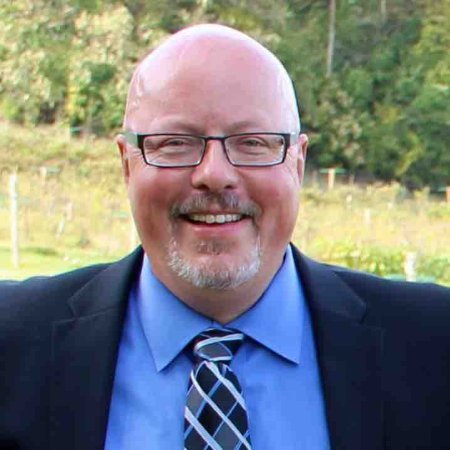 Tim Chapman spent more than thirty years with Target, working in a variety of leadership roles overseeing several stores in the Minneapolis area. With his experience in retail and leadership, Tim knew he had the skills to run his own business and he had the desire to grow something for himself.

When he and his wife, Carrie, started looking for the right business, owning a Pet Wants franchise immediately came to mind. The couple was drawn to the brand’s commitment to quality, nutritious pet foods and the convenience of home delivery for busy pet owners.

“I love dogs and cats myself, and I thought, obviously, you want to enjoy what you do and believe in what you do,” Tim says. “The more I researched Pet Wants, the more I decided it was something I should seriously consider.”

Pet Wants is a premium pet food franchise that offers pet owners an alternative to the made-last-year bagged food that’s been sitting in warehouses or on store shelves. Our premium pet food is manufactured from whole ingredients — there are no by-products in Pet Wants foods — every 30 days and delivered in bulk to the franchisee. The result is a nutrition-rich, delicious food that is better for pets and doesn’t devastate owners’ pocketbooks. With two franchise models available — a mobile delivery model and a retail store model — Pet Wants premium pet food franchise is uniquely poised to take advantage of the explosive demand for nutritious, healthy pet food. That’s one of the reasons Tim decided to invest in a Pet Wants mobile franchise.

“Pet Wants is such an easy way for pet owners to get fresh, nutritious pet food delivered to their homes,” Tim says. “We do free delivery, and without a lot of effort on their part, they’re able to feed their pets a more nutritious food that’s better for them. And they don’t’ have to go to the store and drag home a bag. It’s delivered right to their door.”

Tim and Carrie opened their Pet Wants mobile franchise in September of 2016 – just a year ago. In that time, the Chapmans have developed a loyal customer base – and it’s growing every day. Customers tend to follow a similar trajectory, he says.

“They’ll try the food for one or two months to see how it goes,” Tim says. “Then, once they see how much their dogs or cats love the food, how it transforms their pets, they transition to recurring deliveries.”

That’s one of the more unique aspects of the Pet Wants franchise. Utilizing our state-of-the-art web site, customers are able to log on and order the pet food products they want in the quantities they need. Within just a few days, the food is delivered right to the customer without any hassle or fuss. And almost immediately, the pet owners notices a change in their pets. That’s a similar experience Tim had when he ordered the first batch of pet food.

“Over the first couple of months, I could see the benefits of a pet food made with fresh, healthy ingredients,” Tim says. This is what ultimately led the Chapmans to choose Pet Wants. After all, fresher is better.

Most commercial pet food is manufactured in mass quantities and sent to a series of distribution warehouses before making it onto the shelf at a store. It sits for up to 8-10 months or longer before it’s purchased for consumption. Because pet food loses nutritional value over time, pets could ultimately end up eating a diet that’s lower in nutrition. Pet Wants changes all of that.

Tim also notes that the Pet Wants culture is something he and Carrie are firmly invested in. Not only is the product fabulous, it’s something they can get behind, as well. Customers recognize the genuine enthusiasm they have for Pet Wants when they’re interacting at trade shows and community events.

“It’s definitely a grass roots company,” Tim says. “We’re out there at the shows, at the farmers’ markets, and on social media telling our story. Michele Hobbs is a great role model for us, as owners, with how she started the company and how she’s built it up til now.”

For Tim and Carrie, the time from decision to grand opening moved quickly. They haven’t looked back.

“Customer response has just been great,” Tim says. “We have amazing relationships with our customers, and the product is getting rave reviews. They’re saying it’s the first food they’ve purchased for their dogs or cats that the animals actually liked – and it’s benefiting their health, too.”

For pet lovers like Tim and Carrie, that’s a win-win situation that’s growing into a thriving business. Though they started with a mobile franchise, they’re already looking to the future. Tim likes the idea of a brick-and-mortar store, but so far, he’s quite busy with his mobile delivery franchise.

“Online shopping is substantial,” he says. “And it’s continuing to grow every year.”

You can grow with Pet Wants in your community starting today. Initial investment begins at just $56,830 for a mobile franchise and ranges up to $191,000 for a retail franchise. For more information, visit our franchise information website, where you can download our free Franchise Information Report or apply to join Tim and Carrie as the next new Pet Wants owner.